After exploring the Pink City, I set off to Jodhpur, the second-largest city in Rajasthan. This city is also known as the “Blue City”. The name is apt because the majority of the building — forts, palaces, temples, havelis, and even residences – are constructed in vibrant blue hues.

The sturdy fortifications that ascend over this lovely city add up to a show you won’t want to miss. The scenery of Mehrangarh’s huge, intimidating fortress dominates a rocky ridge, with the fort’s eight gates leading outwards. The new city is set outside this magnificent structure. Jodhpur is also recognized for the Marwari or Malani horses, which are a rare breed found solely in the Blue City.

The city of Jodhpur has instituted in the year 1459 AD. The Rathore clan is essential to the heritage of this rich city. Rao Jodha, the Rathore Clan’s head, is accredited with founding Jodhpur in India. The city is said to have been established in the place of Mandore, the historical capital of the state of Marwar. As a result, the residents of Jodhpur and its environs are known as Marwaris.

BEST PLACES TO VISIT AND EXPLORE IN JODHPUR

One of the best places to visit in Jodhpur is the Mehrangarh Fort which rises upright and invincible from a height of 125 meters above the city’s skyline. This old fort is one of India’s most well-known, with a rich history and lots of stories. The second gate of Mehrangarh Fort still exhibits the scars of cannonball raids by Jaipur’s forces. The Moti Mahal, Phool Mahal, and Sheesh Mahal are famed for their magnificent latticed windows, sculpted panels, and artistically designed windows and walls. It’s a long trek to the top, but the view of the blue city from there is worth the climb.

Attractions inside the Mehrangarh Fort:

The glass palace of Jodhpur, also known as Sheesh Mahal, is located within the Mehrangarh Fort compound. The walls of this spectacular structure are embellished with mirror work that stretches from the ceilings to the ground. The mirror work of vividly colored religious figures fashioned in plaster is overlaid on top of it.

The Flower Hall or popularly known as Phool Mahal is the most beautiful palace hall, as the name suggests. The Mahal is made up of gold from Ahmedabad. This hall is the place where the Maharaja spent his leisure time.

The Pearl Hall, or Moti Mahal, is where the royal families held their congregation assemblies.  The hall is noted for having glass windows and five nooks that allowed the queens to hear what was going on in the Sringar Chowki, Jodhpur’s Royal Throne.

The Ranisar and Padmasar lakes, which are adjoining and situated close to the Fateh Pole in Mehrangarh, were built in 1459. Queen Jasmade Hadi, Rao Jodha’s wife, ordered Ranisar Lake, while Queen Padmini of Rao Ganga, daughter of Rana Sanga of Mewar, ordered Padmasar Lake.

This milky white memorial, created as a homage to the leader Jaswant Singh at the end of the 19th century, is a popular tourist attraction in Jodhpur. Jaswant Singh, the ruler of Jodhpur, put a lot of money into his domain. He attempted to reduce crime, apprehend dacoits, construct railways, and generally endeavored to improve Marwar’s economy.

The Mehrangarh Museum Trust (MMT) manages and maintains Jaswant Thada, which is one of the best places to visit in Jodhpur. The Trust runs a museum in Jaswant Thada that features portraits of Marwar kings as well as educational didactics. The information acts as an orientation area for learning about Marwar’s history through the portraits. During music festivals such as the Rajasthan International Folk Festival and the World Sacred Spirit Festival, its grounds provide a tranquil setting for morning concerts.

Ghanta Ghar, popularly known as the Rajasthan clock tower, is located near the Sadar Bazaar, and definitely one of Jodhpur’s busiest locations. Jodhpur’s Shri Sardar Singh Ji built it in the late 19th century. You can browse through the streets of the Sadar Bazaar to shop for Rajasthani textiles, clay sculptures, tiny camels and elephants, marble inlay work, and traditional silver jewelry. This historic clock tower is definitely one of the best places to visit in Jodhpur.

Mandore, the historical capital of Marwar, is located to the north of Jodhpur. The cenotaphs of Jodhpur’s former kings can be found in this historically significant location. These cenotaphs, unlike the ancient dome-shaped ones that are distinctive of Rajasthani architecture, are modeled after Hindu temples. Also, it is believed that the relics of Mandore can still be witnessed in the Mandore Gardens.

This small artificial lake, located on Jodhpur-Jaisalmer road, is a great site for a weekend picnic. It’s like a romantic painting with a dash of color,  and one of the best places to visit in Jodhpur that is perfect for your Instagram pictures. The beauty of the lake lingers in your mind long after you’ve seen it. Boating facilities are also offered through R.T.D.C. for individuals who want to go out on a boat ride.

The 400-year-old Khejarla Fort is nestled in a rural environment 85 kilometers from the major metropolis. Rajput architecture may be seen in the beautiful red sandstone structure, which is now a hotel. The fort’s scenic settings, latticework murals, and ornate Jharokas will captivate you with their intricate beauty.

Maharaja Umaid Singh erected the Umaid Bhawan Palace in 1929 to combat a famine that had struck the state at the time. Because of the usage of stones from the Chittar hill, it was also referred to as the Chittar Palace while it was being built. HV Lanchester, a renowned British architect, planned and designed this palace. It took nearly 16 years to build.

The architecture of the palace is a blend of Classical Revival, Indo-Saracenic, and Western Art Deco styles. The palace is built with marble and sandstone. With many stunning structures, this palace is recognized as the world’s largest home. As a result, this palace is one of the best places to visit in Jodhpur for history and heritage buffs.

In the heart of the medieval walled city, Toorji ka Jhalra, a three-hundred-year-old stepwell, is hidden amid tight twisting passageways and centuries-old havelis.

The ‘Bawris’ of Gujarat designed this ancient stepwell, which contains 300 feet of water and has staircases leading down to the well. The stepwell, which is identical to those found in the queen’s homeland of Patan, Gujarat, was created in 1740 AD by Raani Tawarji, the wife of Maharaja Abhay Singh of Jodhpur.

The stepwell’s walls are sculpted with carvings of dancing elephants, medieval lions, and cows, as well as niches containing sculptures of gods and goddesses revered at the time.

Stepwells were used to provide water during droughts and as a permanent water source in desert areas. Village ladies used the Persian wheel to draw water from the well at the ‘bawris.’ The stone-walled ‘Baoris’ provided shelter from the desert sun and functioned as a social meeting spot for the locals. Even though this is one of the best places to visit in Jodhpur, the staircases are quite steep so make sure you’re wearing proper shoes and watch your step if you wish to climb down the stepwell.

Places to Eat in Jodhpur

This eatery is usually full of locals and tourists as it is located in the vicinity of the Ghanta Ghar. They have a variety of kachoris, samosas, mirchi vadas, and a few desserts. I tried their famous Shahi Samosa, which was a little bigger than usual samosa, with a great balance of spices and zesty flavors that was excellent in taste, and truly justified the name. Your visit to Jodhpur would be incomplete if you miss out on tasting their amazing samosas.

While many of the typical chaat dishes are readily available here, Arora’s palak mathri chaat is a unique and wonderful dish that you might not have tried before.  Also their dahi guja, palak patta chaat, and dahi papdi are a must try. This chaat joint is located on the ghanta ghar road, just next to Shahi Samosa.

Located on the top floor of the Moustache Hostel in Jodhpur, Baari, is a cute and trendy restaurant where you can enjoy delicious food while admiring the beautiful views of the city and the Mehrangarh Fort. It has an open rooftop lounge where you can hang out with friends or dorm mates. They serve amazing Laal-maas, pizzas, and the best Cold-Coffee I had in all of Rajasthan.

I stayed at the Moustache Jodhpur, a cozy little hostel that offers comfortable accommodation for travelers and tourists. They have colorful dorms and the artwork on the walls depicts the culture of Jodhpur along with paintings of popular places to visit.

The common room is lined with shelves of novels, DVDs that you can watch on the TV, and also a couple of guitars, in case you want to jam with your dorm mates. The play area has a foosball table (my favorite), some board games, a Jenga set, and some lazy hammocks to relax in.

I’m sure my list of the best places to visit in Jodhpur will help you explore the Blue City and enjoy its beauty and culture. I made some really great friends during my stay in Jodhpur, two of whom joined me further on to my next destination. Stay tuned for my next blog about the Golden City of Rajasthan which was, without a doubt, my favorite.

If you have some of your own experiences of Jodhpur, do share them with me in the comments. I’d love to hear! Follow me on Instagram at travella_suzn18 and check out many more such places that I have crossed off my list. And if this article has been helpful to you in any way, do share your views in the comments or by clicking on one of the smileys below.

A full-time traveler, having explored 40+Indian cities and 1 overseas. Currently freelancing as a travel blogger and creative writer. 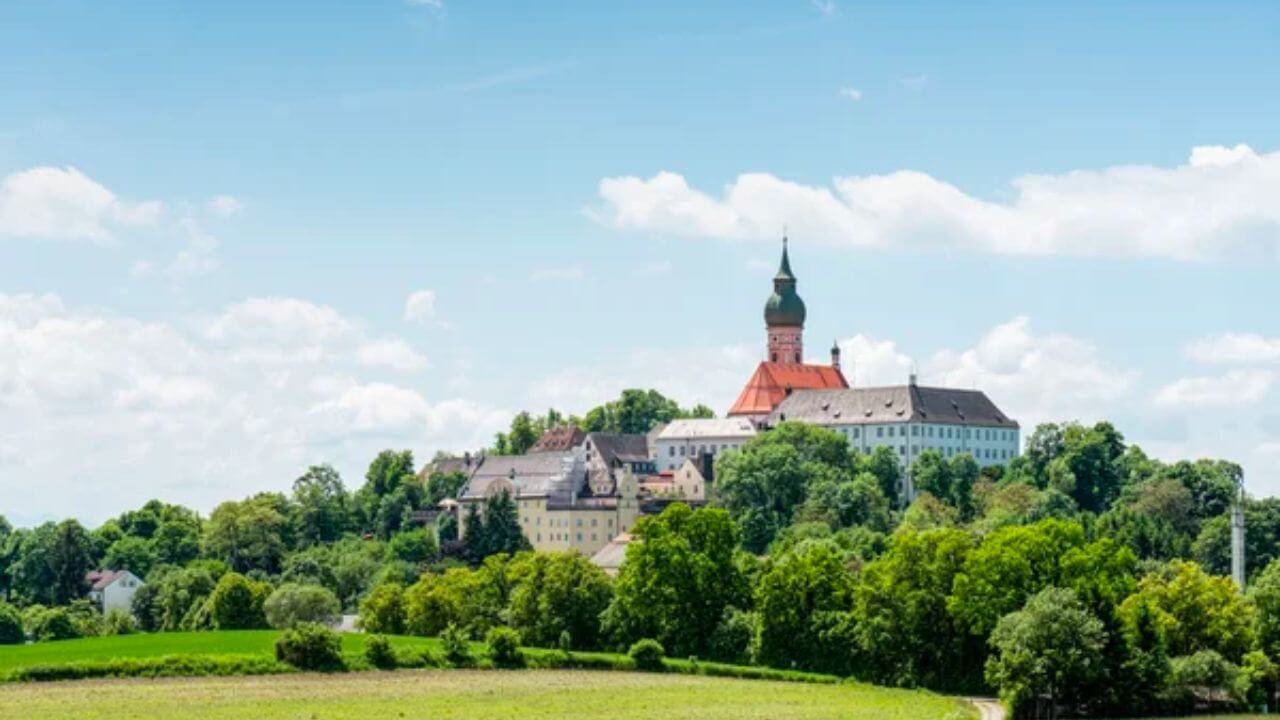